i will never give up!!
i will try my best!
我會做到的!!

He says, son, can you play me a memory?
I'm not really sure how it goes
But its sad and its sweet and I knew it complete
When I wore a younger mans clothes

Chorus:
Sing us a song, you're the piano man
Sing us a song tonight
Well, we're all in the mood for a melody
And you've got us feeling alright

Now john at the bar is a friend of mine
He gets me my drinks for free
And hes quick with a joke or to light up your smoke
But there's someplace that he'd rather be
He says, bill, I believe this is killing me.
As the smile ran away from his face
Well I'm sure that I could be a movie star
If I could get out of this place

And the waitress is practicing politics
As the businessmen slowly get stoned
Yes, they're sharing a drink they call loneliness
But it's better than drinking alone

Its a pretty good crowd for a saturday
And the manager gives me a smile
cause he knows that it's me theyve been comin to see
To forget about life for a while
And the piano, it sounds like a carnival
And the microphone smells like a beer
And they sit at the bar and put bread in my jar
And say, man, what are you doing here? 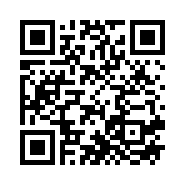